These finds were important because they were breaking the ‘simple species hypothesis’ in human evolution. According to this principle, only one species can inhabit a specific ecological niche. Those two specimens virtually coexisted, but they were really different in terms of morphology, cranial capacity and type of resources consumed:

On other hand, the coexistence of P. boisei and H. ergaster has traditionally made very difficult the assignment of the postcranial fossils to either one or the other species.

All the features above are shared with the other complete P. boisei skull, the iconic OH 5 (Nutcracker Man). And like OH 5, this specimen ER 406 is suggested to be a male.

The bone shows pathological evidence of a small, round hole on the frontal bone, suggesting a metastatic abscess. 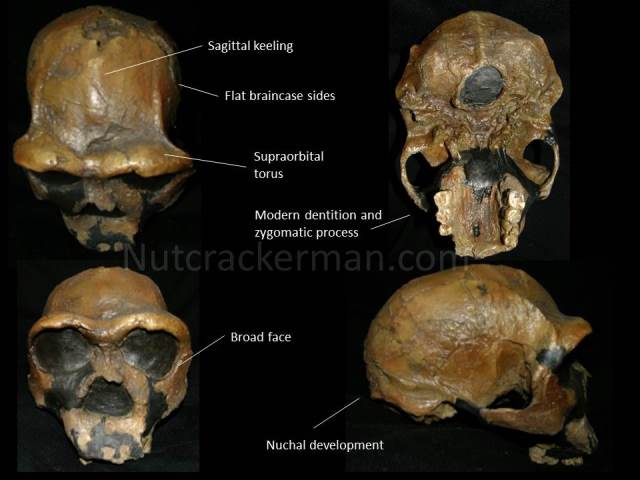 ER 3733 is considered an adult because of the closed cranial sutures, the degree of the dental wear and the eruption of the third molars. It is suggested to be a female because the face bones are less robust than those of WT 15000.