This is a nice and rare illustration by Bonnie Miljou of Zinjanthropus boisei (‘Zinj’), the species defined by Louis Leakey for the iconic fossil OH 5 – later assigned to Paranthropus boisei. Due to the hyper-robust morphology of its dentition, OH 5 was nicknamed ‘Nutcracker Man’, which gives the name to this blog.

The morphology of this cranium is clearly associated with the masticatory function. In particular, the illustration highlights 5 features: 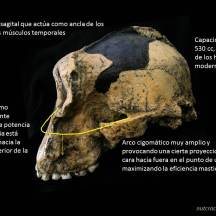 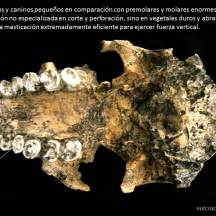