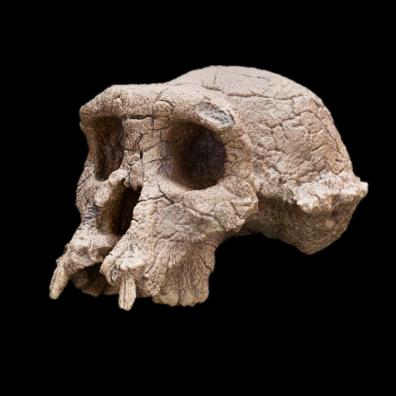 END_OF_DOCUMENT_TOKEN_TO_BE_REPLACED

Many scientists accept that the human fossils from Omo Kibish and Herto in Ethiopia, dated between about 150-200,000 years ago represent the earliest known members of our species Homo sapiens. However, I now accept that evidence is building from both fossils and DNA that the modern human and Neanderthal lineages separated at least 500,000 years ago. In my view, the date of this divergence should mark the origin of these two groups, with the implication that there should fossils in Africa and Eurasia older than 200,000 years that lie on the respective lineages of modern humans and Neanderthals.

There is good evidence that this is true for the Neanderthals in Europe, since the Sima de los Huesos (‘Pit of the Bones’) fossils from Atapuerca can now be firmly placed on the Neanderthal lineage from both their anatomy and their DNA at around 430,000 years. Although we don’t yet have good ancient DNA evidence from Africa, I have suggested that fossils such as Florisbad (South Africa), Eliye Springs (Kenya) and Jebel Irhoud (Morocco) might well represent early or “archaic” Homo sapiens that existed before the full suite of modern human characteristics had evolved. Moreover, it is possible that earlier and neglected fossils from sites such as Salé and Thomas Quarries (Morocco), and Ndutu (Tanzania) could be even more ancient members of our species, Homo sapiens.

When I set out on my PhD trip in 1971 to study and measure as many as possible of the early modern and Neanderthal skulls curated in European museums, there was one fossil that particularly intrigued me. This was the enigmatic cranium from Jebel Irhoud in Morocco, found a decade earlier, and described as an ‘African Neanderthal’, dated at about 40,000 years old. Imagine my disappointment when I arrived in a Paris museum and was told by an anthropologist that the specimen had just been returned to Morocco. Seeing my crestfallen face over coffee, another worker told me that the fossil was, in fact, locked in a cupboard in the first anthropologist’s room, but he would give me clandestine access to it for a short time the next morning. It was well worth the chicanery and the wait, for as soon as I saw the large but modern-looking face of Jebel Irhoud 1, I knew it was no Neanderthal – it completely lacked their puffed-out cheek bones, midfacial prominence, and enormous nose. But I couldn’t make much sense of Jebel Irhoud in my PhD conclusions as it was apparently too recent and therefore too close in age to actual early modern fossils from Israel and Europe to represent a potential ancestor for modern humans. 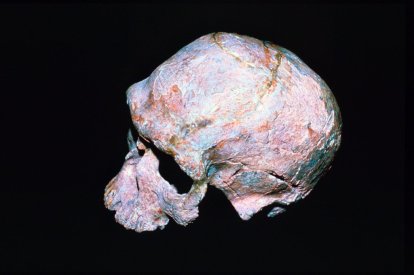